With an early start at 6am, the intrepid travellers (my long-suffering mentor driving and my sleepy geologist friend navigating) departed the infamous town of Trundle, finishing up our exploration trek of Fifield and Syerston. It was with a heavy heart that we said goodbye (again!) to Middy the pub dog and the gorgeous publican (soon to be Masters student in Education – go you!) Danielle, and drove into the wild blue yonder…….well……we drove south!

After about 20 minutes of travelling we came across a roadside outcrop (have I mentioned how much I LOVE roadside cuttings – they are just AWESOME! But I digress……) of a very interesting nature. This outcrop was a Silurian coral reef full of fossilised remains of Silurian corals, around 408-438 million years old……yes….I said MILLION! With our trusty rock hammer we happily began smashing rocks left, right and centre to find masses of coral remains fossilised in the limestone. A few samples were gathered (Ah……mine may have been so big it was a little difficult to fit behind the front passenger seat which was my allocated area for rocks – read “Bec, you can’t have anything bigger than what can fit behind the seat so don’t even think about it!…..) and after a small time of fossil fossicking heaven (say that 9 times after a few red wines!) we set off again on our travels homeward bound.

Heading back through West Wyalong and again seeing the extent of the floodwaters that have now become huge estuaries full of wetland wildlife, we came across what can only be described as a big rock. It was so big that the town was named after it. The town is called The Rock……and I want to live there just because it is called The Rock. So here is a picture of The Rock…..and I must admit it’s pretty awesome. 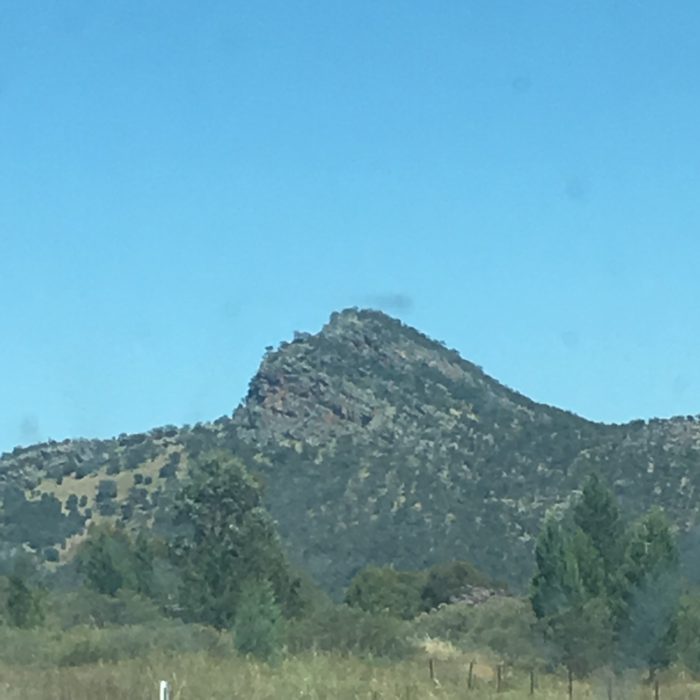 Anyways, after celebrating with lunch at Hellebo’s (hello Lambies!), and with my inane chatter about motherhood and the perils of raising three boys and a girl (prescription medication!), we finally arrived in Melbourne just in time before Althea self-imploded and started blowing bubbles and licking windows! After a significant amount of time unpacking the car…..and all the rocks……and fighting with my Long-Suffering Mentor about who gets the big folded rock and who doesn’t (I SWEAR I said I wanted the big one and I SWEAR I told you so!), we parted ways with hugs all round, knowing this intrepid trio of female geologists had spent an awesome week together, and I’m sure somehow, we made a difference in some small way to the geological world.