At 5am, Long Suffering Mentor and I, again begin a road trip to Young, NSW. LSM is NOT a morning person at the best of times, so I expected nothing but grunts and sighs until at least Little River, but she was perkier than normal so we lasted in silence to maybe Leopold. Armed to the teeth with water, thermos, tea and keep cups, we set off on our trek to Young, NSW – again!

This time our purpose for the road trip was to meet with the prospective landholders to talk about a drilling program we are working on in February. It will be a flying visit – a two night stay in our home away from home, The Townhouse Motor Inn in Young. We get free breaky and the people are lovely so I really love this place!

Once again we reached the border and a flying photo as LSM kept shouting that we had to meet someone important at somewhere at 3pm so we needed to hurry. Honestly, I am just here to watch and learn, I have no idea what is going on or what is involved so I’m loving this – just sit back and enjoy the ride. Except for the music. Although I did put my foot down and said absolutely no Patty Smith. NO PATTY SMITH! 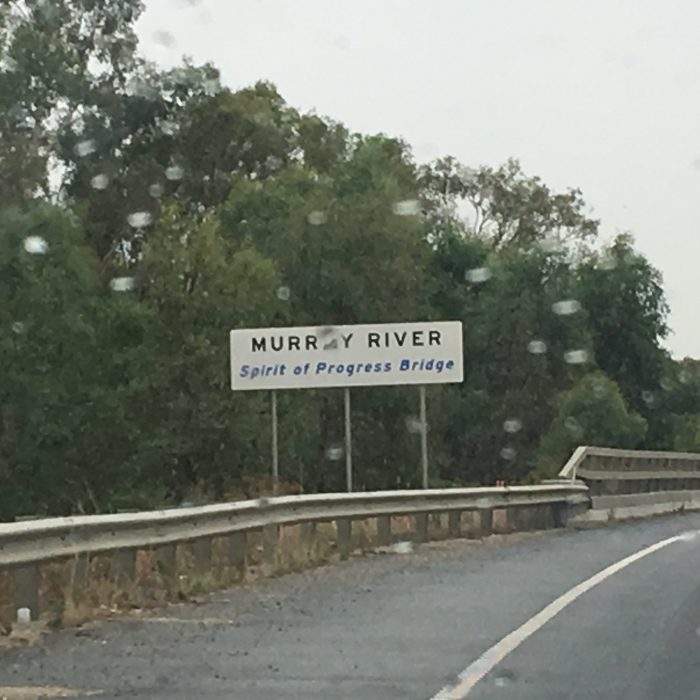 I honestly don’t know where the hell we were when we took this one! Honestly, I should know by now but there are so many Oliver’s that we stop at for banana bread and yoghurt that they all just blur into one! 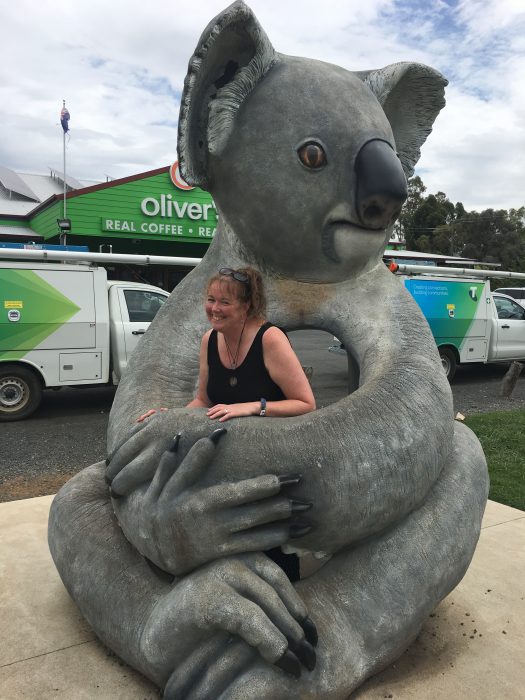 In no time at all we reached Young, and went straight to the shed to meet up with our Head Geologist and Project Manager, Brian.  I immediately loved Brian – he reminds me so much of my Dad but with a pony-tail. He wears happy pants and smokes a vapour which smells so beautifully awesome that I found myself invading his personal space a bit too much in the effort to smell the wonderful vapours coming from his “pipe”. Brian has been in the field for over 40 years working as a Geologist and he really knows his stuff. I stuck to him like glue!

We set off for the magnesite mine to talk with my old mate, Kevin. There were some logistics involved with access points to drill holes and the mine was one way we could use this access. As always, Kevin started teasing me about looking like a hippy (I was wearing my standard safety field wear which happened to include a singlet top (as it is so bloody hot up here you could melt in a moment!) and my hot pink hard hat. I thought I looked great! Anyways, Sanja took off with all her team in tow and left me with Kevin to go check out an anomaly he had found in the mine. I spent the next two hours happily chatting, squealing, pointing and laughing with Kevin, he being thoroughly entertained by my girlish enthusiasm at something that he works every day doing! I took some samples and he showed me some new areas of the mine. 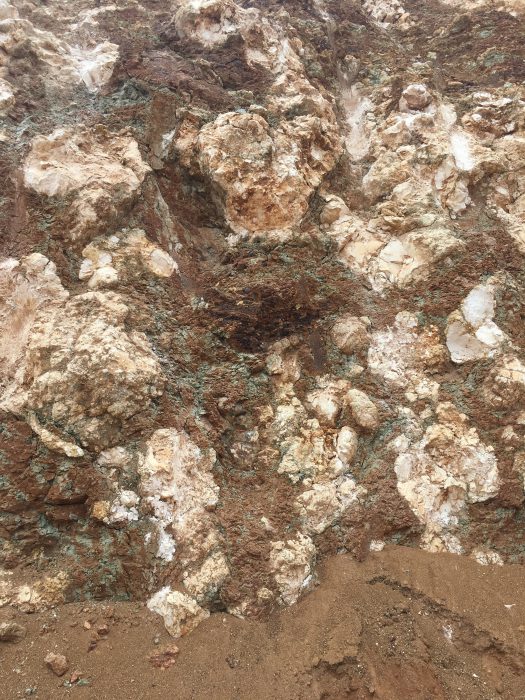 This is magnesite. You can see the white powdery stuff. But there was a strange greenish, blue intrusion through it. I think it’s saprolite and serpentinite but we have taken some samples to send off. Looked cool though and required me scaling up the mine walls which Kevin said would normally be frowned upon but I was enjoying it too much for him to stop me. 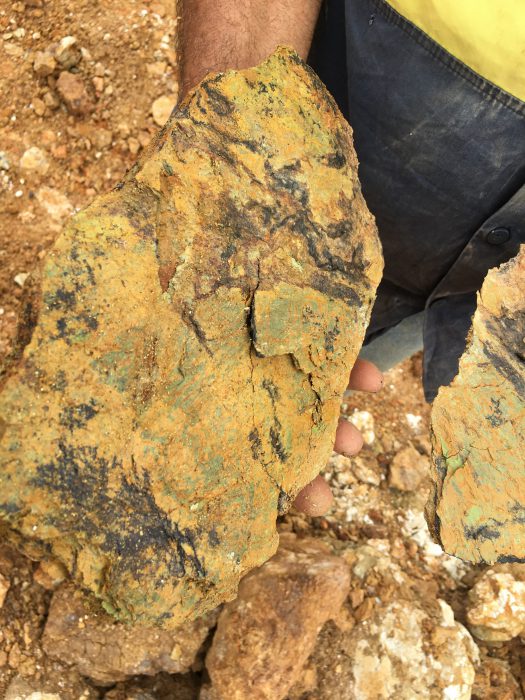 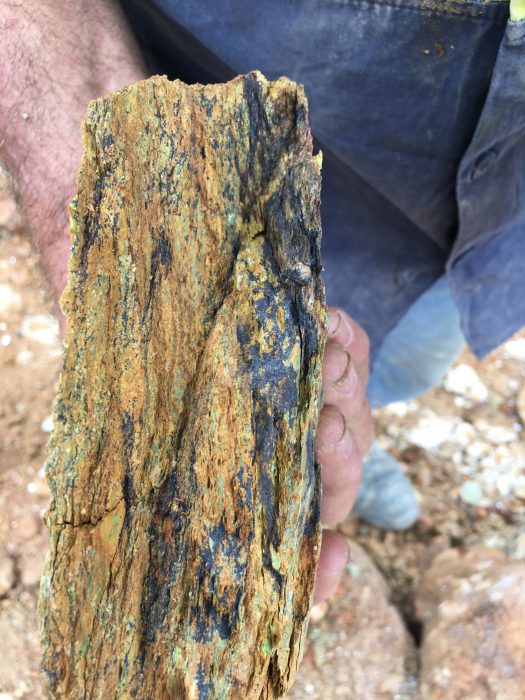 Gawd that’s a nice looking piece! But unfortunately I had to bag it for analysis……damn it!

Having thoroughly overstayed my welcome (poor Kevin wanted to close up and go home!) LSM finally remembered to come and get me and we drove back to check in to the Townhouse. I got my own room which I was really chuffed about (usually LSM and I share – I mean we managed a JUCY van for a week you would think we would be ok!) as it was truly luxurious to have my own digs! Having been on the go since 4.00am my back and foot was starting to hate me but I hauled myself to the Commercial hotel for a Parmi with the Geo Team. I met Pat the soil guy (Soil Consultant), James the boar water guy (Hydrogeologist), Brian (my new LSM) and one of the drillers called Russel, who came along to give us an idea of what logistics were involved with the project. I madly took notes and appeared to be proficient until I began nodding over my left-over parmi (still can’t finish it – too bloody big!), so LSM took pity on me and dragged me back to the motel. Thank God. I don’t remember much after that except remembering to put my boots outside as they were covered in magnesite,