Finally we were all set to drill. 7am – bright eyed and bushy tailed, we started out to the first drilling site – hole 1 of 10 holes, 30 metre depth per hole. So overall, the program plans to drill 300 metres. I was so eager and looking forward to learning how to do drill logs and describe the geology of drill samples. It was freezing when we arrived at the first drill site – the wind chill factor was enough to make my nose feel as though it belonged to someone else! 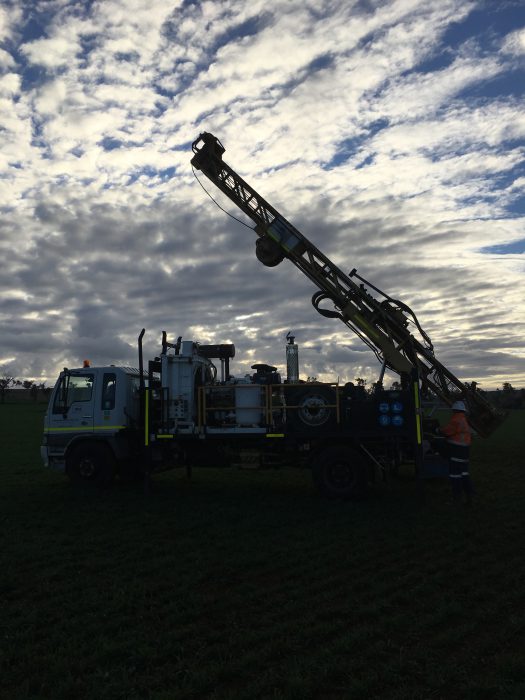 The cows immediately began eating the safety cones and trying to mount the trailer! We really are the biggest source of entertainment these beasts have ever had! 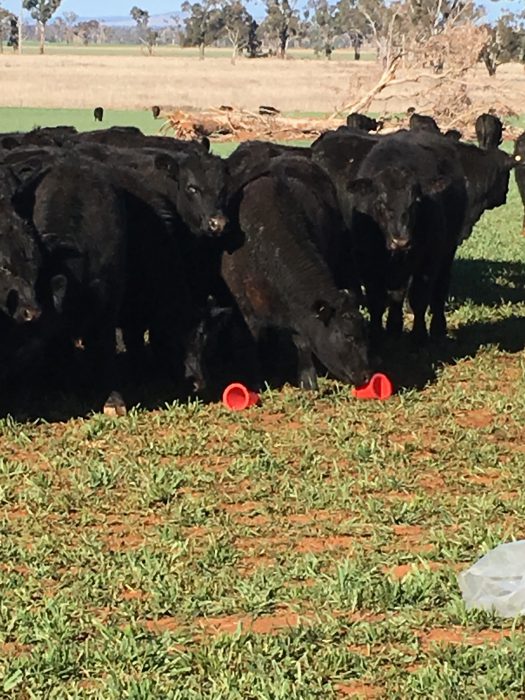 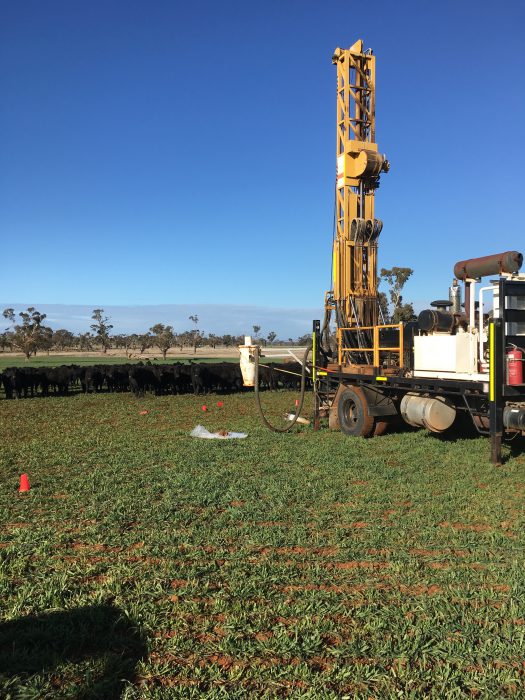 Watching the rig set up was really interesting, my main thoughts – “Cor it’s big!” and “I wonder if the driller will let us shoot paddy melons out the top of it!”. The rig is an air core which means the drill shoots air at a massive pressure into the ground, virtually pulverising the dirt and causing it to loosen. It is then sucked up into a cyclone where the dirt is collected. Our trusty fieldies grab the bag and weigh it (measured for how much yield in a metre). 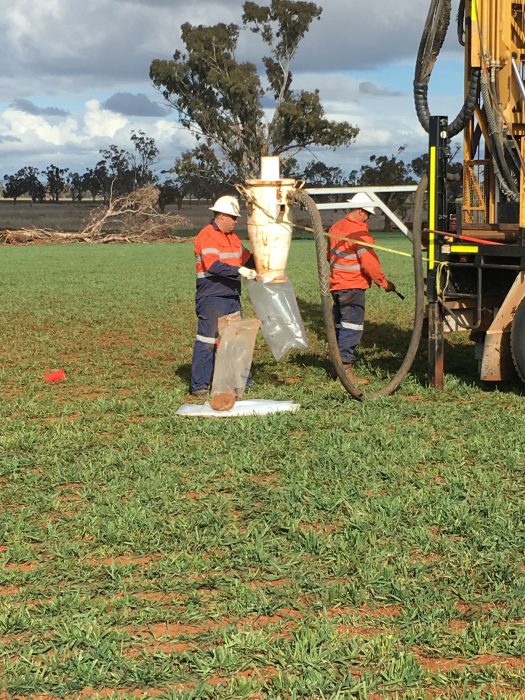 The bag is then put through a “splitter” which splits the dirt equally into two trays – one tray is sampled, and the other is stored. The sample is analysed by the geologist, a description is recorded and a sample is stored in a chip tray. 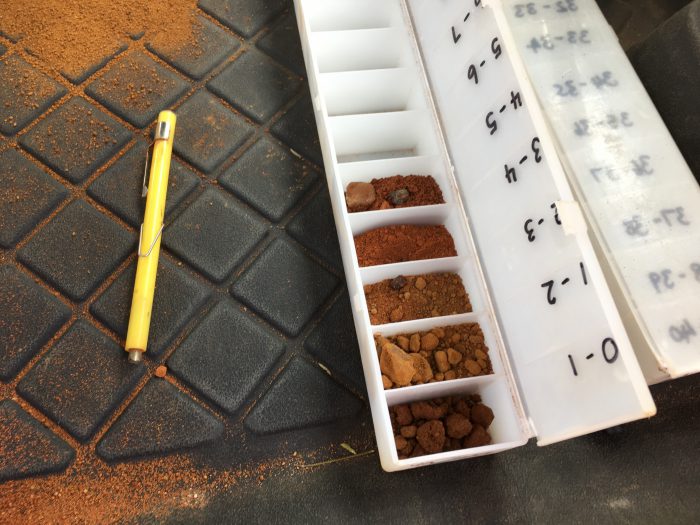 The sample is then washed to determine what other minerals are represented and are documented. My office was set up in the back of the car. It was SO MUCH FUN! (*note the rocks stuffed into the side pockets of the Long Suffering Mentor’s vehicle!*) 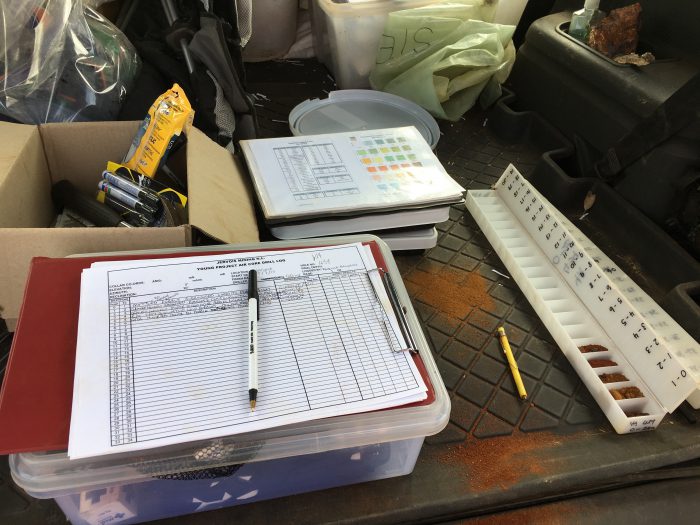 It all works like a well organised and choreographed ballet……until the drill blocks up! Then it gets really, really frustrating…..and cold…..just waiting….. 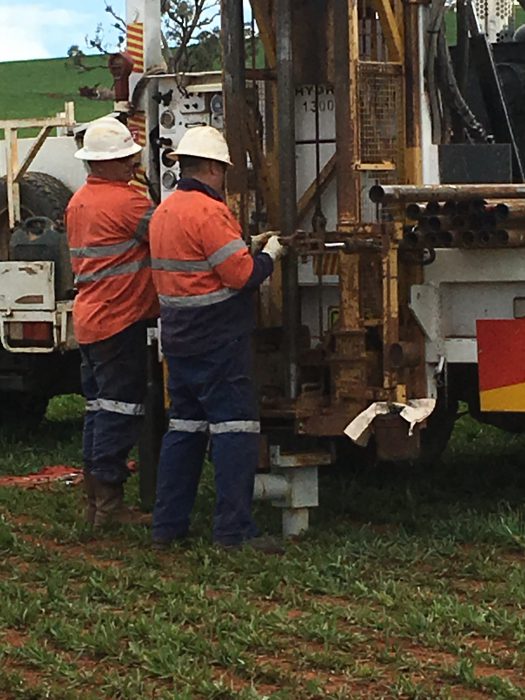 And then the weather rolled in! I must say, rural Australia is absolutely beautiful when the weather turns. From out of no where came lightening and thunder, and rain, and wind……the cows didn’t seem to mind but the rig did! The mast had to be taken down as sitting in the middle of no where with a metal mast stuck up 5 metres in the air with lightening is just plain scary! So it was tools down and stand by…… 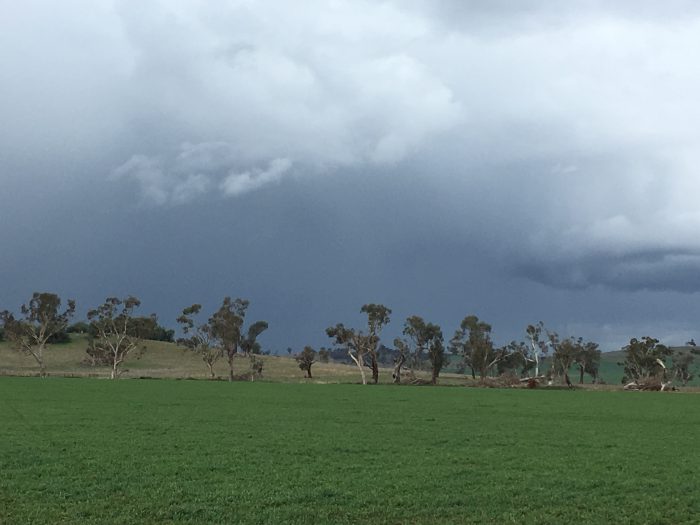 It got colder and colder until eventually we became human popsicles. Having only drilled 6 metres we made the frustrating decision to call it a day. The positives of today was I learned how to log drill samples, I realised that tomorrow I needed to wear a scarf, and I found my favourite toilet spot (just the right amount of privacy, a nice low lying log to sit on, although the scratchy nettles were not a welcome feeling on one’s soft buttocks!) 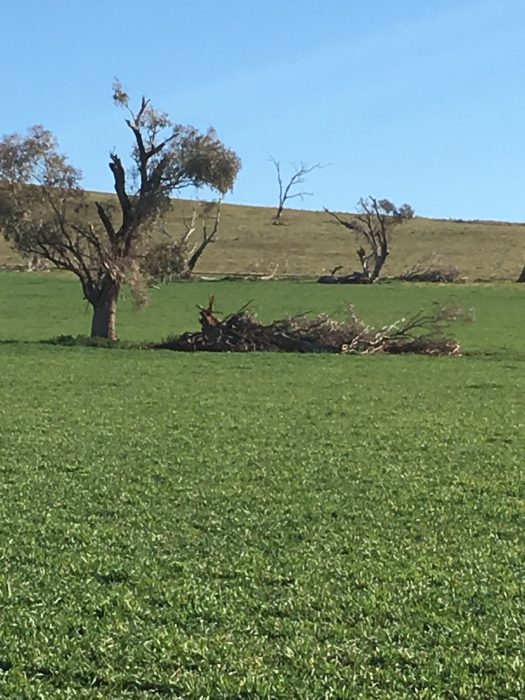 The trip home verified our decision to finish up for the day! It bucketed down which is apparently great for the cherries – Young being the cherry capital of Australia. Hopefully tomorrow will be a little more productive than today. 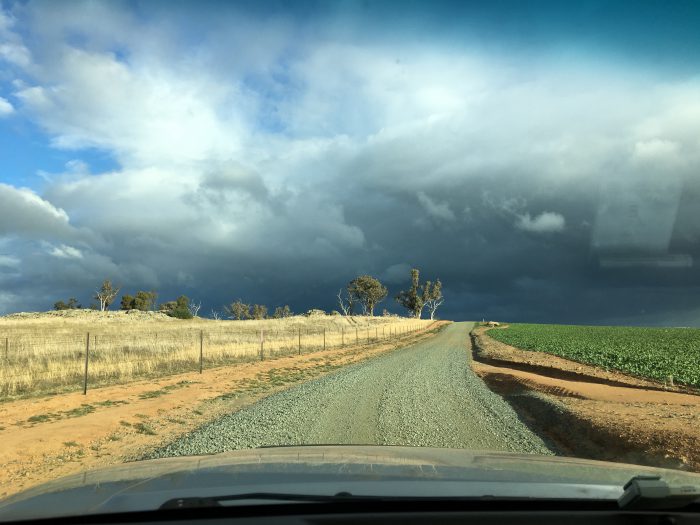 I am enjoying spending time in the outdoors with my handsome son – he might not share my enjoyment though! 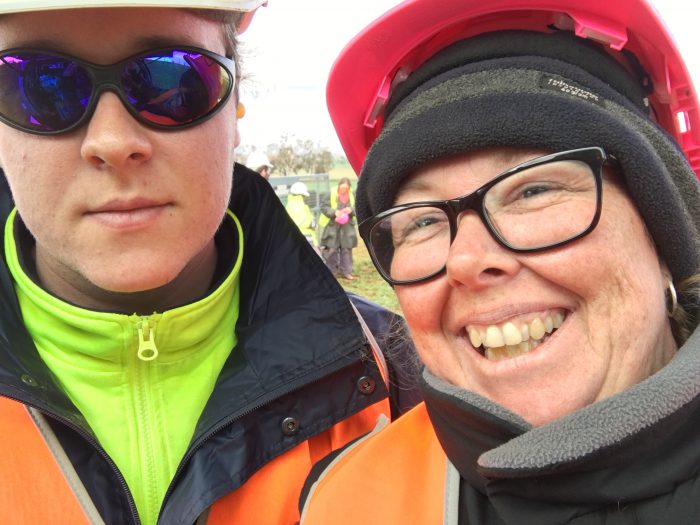