I knew something was wrong as soon as I opened my eyes! I couldn’t move! I was busting to go to the loo and my back had completely seized up in the JUCY van! I was packed into my bed with no way of manoeuvring out to the bathroom. I panicked! I called out to Long-Suffering Mentor who was snuggled up and asleep in her upstairs tomb (the double bed up over the drivers seat is so small it looks like a coffin!) but because she was packed in like a sardine she couldn’t hear my desperate cries! After some shouting and swearing she finally woke up and before she could be fully conscious she was out of her coffin and trying to unbend me like a pretzel! After copious amounts of drugs and expletives we finally managed to get me out of the bloody JUCY van and making a somewhat uncomfortable and crippled run to the toilet!

I was stoned by 9am and sitting in the front of the JUCY van, very happily alongside our newfound passenger John, who was hitching a ride with us from Dunedin to Queenstown. Being a captive audience he had no choice but to come along with us, so we decided to take the long road to Queenstown. 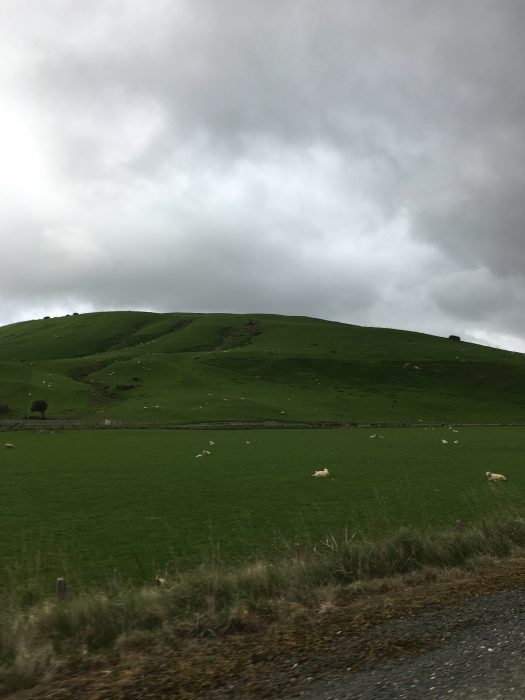 There were lots, and lots and lots of sheep – and they all had lambs. Lots of twinsies. Very cute! The landscape had changed to rolling green hills and paddocks. Lush scenery with peaceful surroundings…..

…and then we found the famous Osaka Teapotland….. 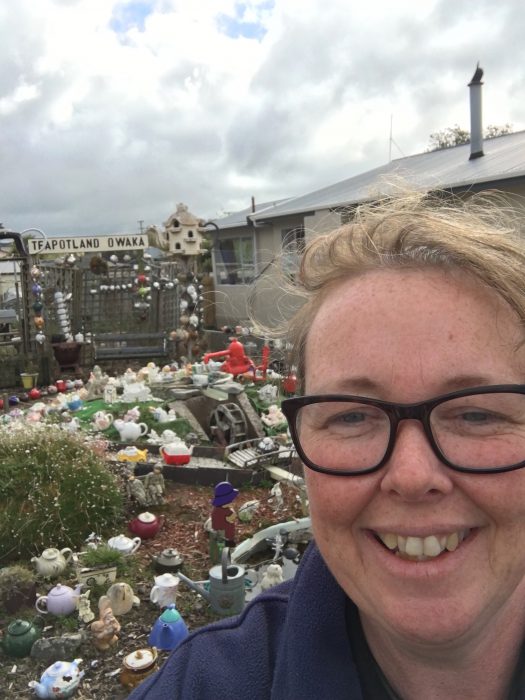 Driving out of Osaka we passed by what looked like an old quarry. The rock formation was really different so we stopped and had a look around. I’m thinking it was old but the different layers on it was amazing. 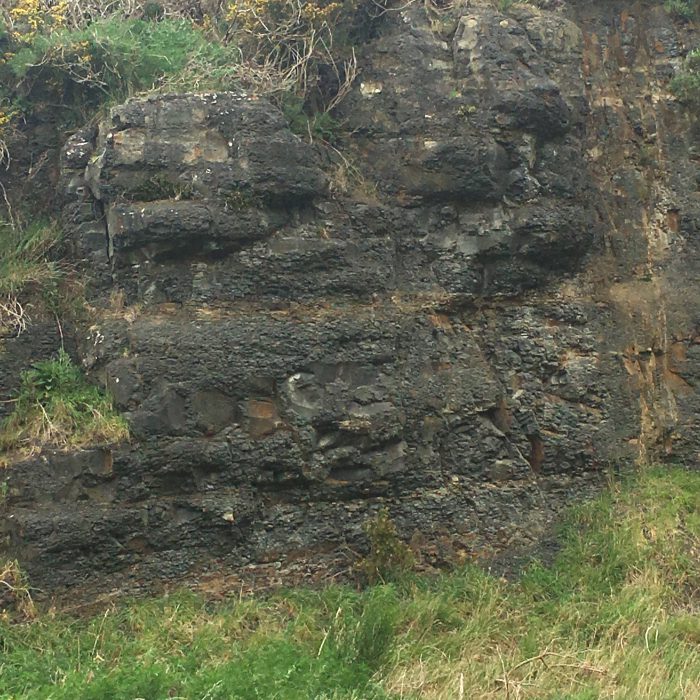 We made a tea stop……thank you Invercargill! 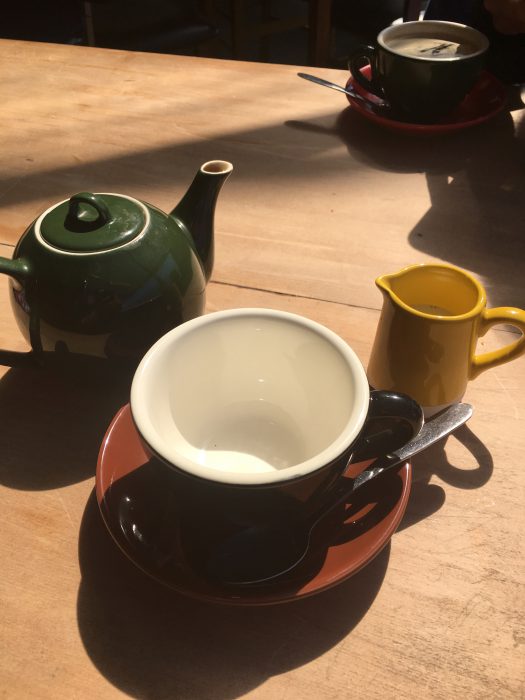 And then……we found Gemstone Beach! It’s been on my bucket list for a long time and we gave ourselves a few hours to fossick and paddle…..and my gawd! We started digging down into the sand near a creek as minerals and gemstones are heavier and will sink to the bottom. We found lots and lots of Jade and Jasper – beautiful specimens that just spoke to me when I held them. Such well rounded pebbles that had travelled great distances to end up on a beach on the South Island of New Zealand. 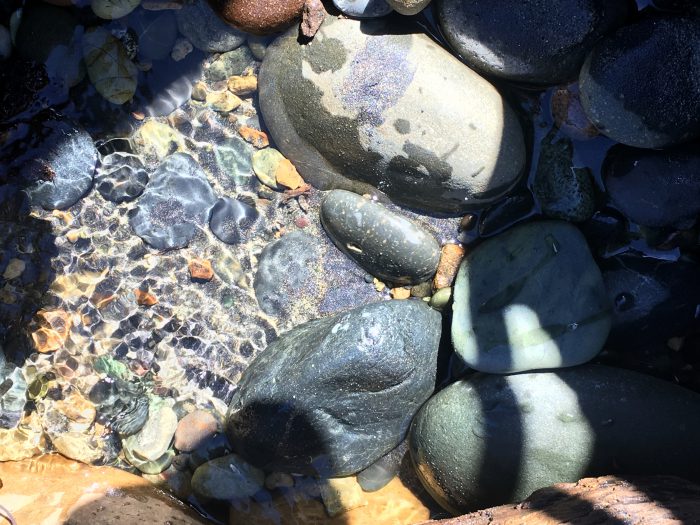 John got into the spirit of things….. 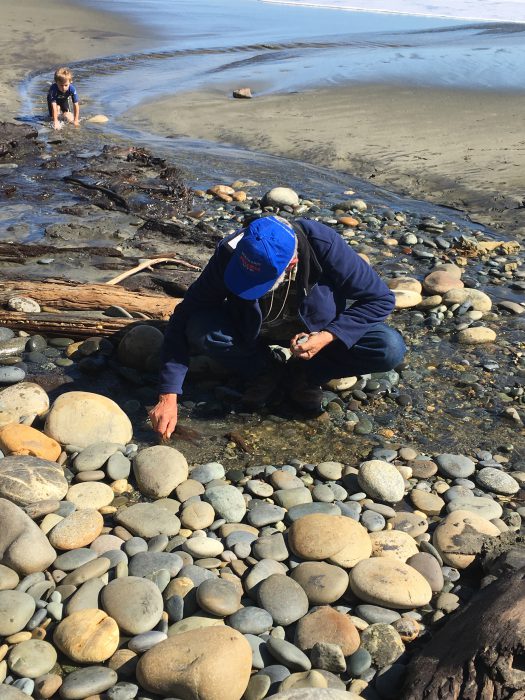 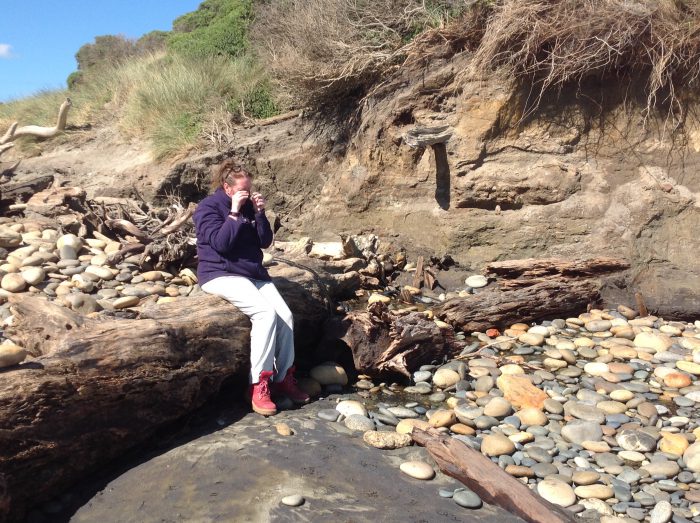 …and Long-Suffering Mentor got to play in the waves! 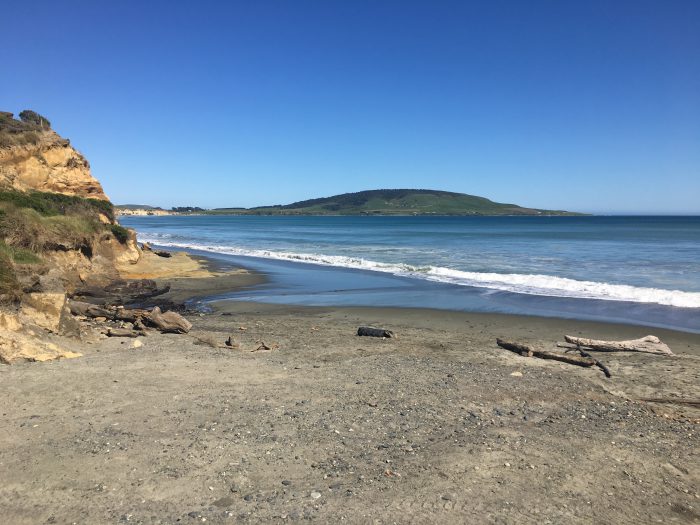 The sand was completely different! It was black and if you look at it under the hand lens it’s all crystallised! 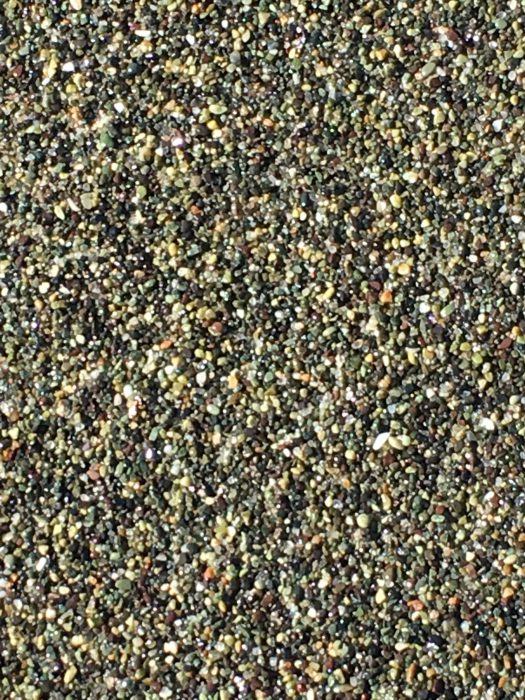 I had the BEST time and managed to get some really nice samples. But we needed to get to Queenstown so we set off on our long drive…… 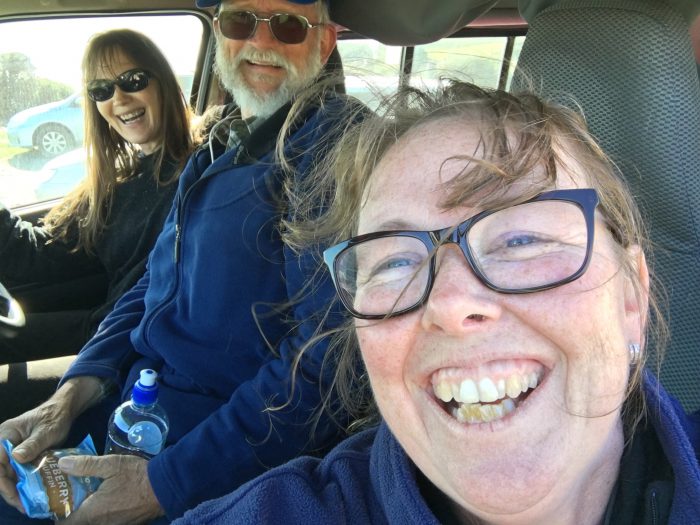 As we drove along the landscape changed from sand dunes and limestone to beautiful valleys and huge mountains. It was awe-inspiring! I cannot get over how huge the lakes are here in New Zealand, and considering most of the lakes were glaciers, this rugged landscape has undergone a huge amount of change in it’s time. 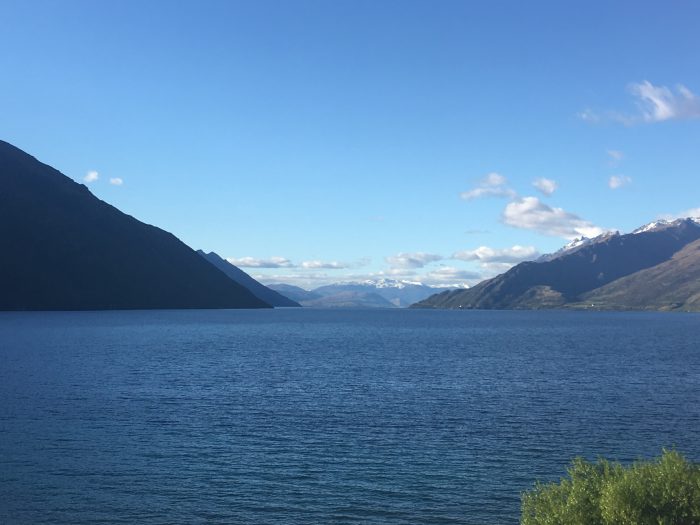 Having safely arrive in Queenstown and delivered John to his waiting wife (thanks Julie) we consulted our trusty Camperman app and found a great free camping spot just outside Queenstown. It had views of the lake AND a toilet! Excellent! 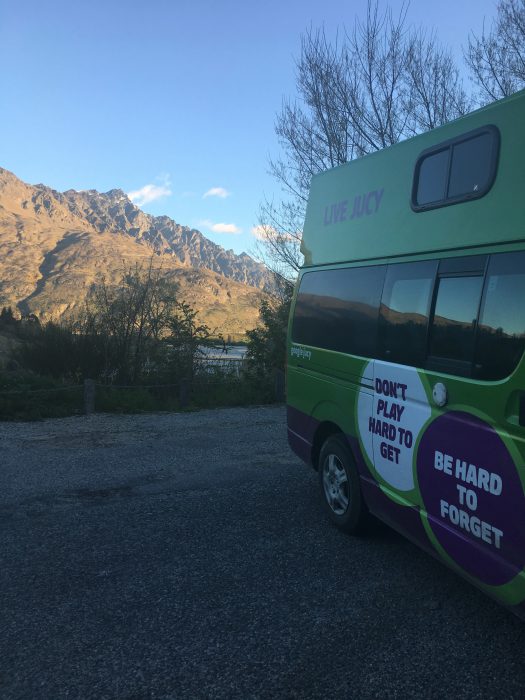 After a quick meal we fell into bed, me still slightly stoned from all the drugs I’d been swallowing, but my back felt better and I was in high hopes that tomorrow I wouldn’t wake up bent like a pretzel!