Having had a long and restful sleep, we clambered up the inclines of Queenstown, New Zealand towards the Skyline Gondola, to get to our conference location high up on a mountain overlooking the beautiful town and lakes. Long-Suffering Mentor (who is afraid of heights) managed to hide her conniptions with white knuckles and distracted chatter, as we ascended up the mountain in a small gondola. 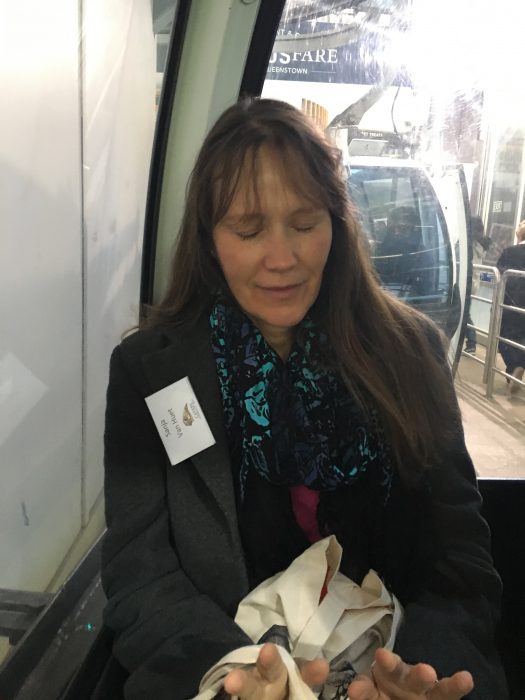 The views were incredible. Breathtaking! The snow capped crags of mountain ranges blending in with mountains that look like green velvet. Sometimes it just looks fake – like a painting! The geology of the South Island is completely different to that of the North Island. The South Island is mudstone that has been metamorphosed with all the tectonic movement. Combinations of the most beautiful shales, slates and foliated mudstone offers a very different look to the rock. The mountains have been totally created by uplift and tectonic movement – which when you see the scope and height of the landscape, really blows your mind! 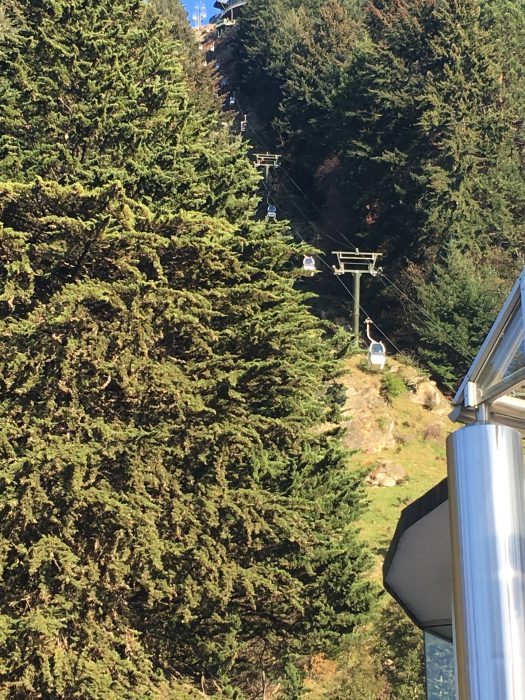 The conference began with a plenery speaker, Professor Ewan Fordyce from the University of Otago. He spoke about Zealandia – a southern Rosetta stone for 85 million years of marine tetrapods. I thought that New Zealand was relatively young, but unlike the North Island (which is volcanic is nature and therefore quite young in formations), the South Island may be thought to have broken off from Pangea to become the Southern part of New Zealand. Some parts of the South Island is very old and contains marine tetrapod fossils which help to explain the evolution of this beautiful land. Fascinating stuff!

We  were then entertained by talks about marine mammals, fish and reptiles, DNA, Phylogenetics and Evolution (eeeek!) and Quaternary Australia. My favourite was by a couple who had never studied palaeontology or geology, but had formed a passion for  palaeontology after finding a fossil bone on their property. John and Julie Barrie have spent the last 40 years dragging their children to dig sites and using every possible spare minute to search the cave system around Henschke’s Cave, Naracoort. Passion and “no end-goal” has resulted a highly successful fossil collection of the cave system. I love this couple as they show that academia is only a very small part of palaeontology and geology. I have a standing invitation to go stay with them on their next dig. Yay!

When the conference wrapped up for the day, we made our way back through the township (which never seems to sleep!) to have a wander around. Being seduced by a delicious looking pan of nacho’s, we sat and had a beer and a coke, and some nachos (LS Mentor had a beetroot salad – ew!). I hit my 10,000 steps and then headed back to our room. Queenstown has 4 tv channels so there will be no television watching on this trip!